Love your sour cream? Learn how to make sour cream from fresh ingredients and enjoy the true flavors of this cultured milk product, without the added chemicals, stabilizers, and enhancers that give commercial sour cream a harsh flavor.

It was news to me not so long ago that sour cream is actually a "cultured" milk product. This means there are living "good" bacteria in it that create the flavor and thickened consistency. With all the attention yogurt gets for its beneficial bacteria, you'd think it was the only milk product made this way. Not so!

Few of us in America are familiar with the traditional methods of preserving milk utilized before the advent of pasteurization and refrigeration. Traditionally raw milk was left to naturally ripen, allowing the friendly bacteria inherent in the raw milk to do their thing.

Sour cream was simply cream allowed to undergo this natural ripening process until it thickened and soured. Souring is not equivalent to spoiling. Because pasteurization of milk is required of all milk products crossing state lines, commercial sour cream in the U.S. cannot be made by traditional means. Certain strains of bacteria must be introduced back into the pasteurized cream, then additives are used to stabilize, enhance, and create a uniform and long-lasting end-product.

At home, we can simply add the desired bacteria strains to pasteurized or raw cream, using a dab of commercial sour cream as our starter the first time. Commercial sour creams will contain a mix of bacteria strains carefully chosen for best flavor and characteristics. Using their product as a starter will give us a homemade sour cream most closely resembling that which we are used to. For the second and all ensuing batches, we can simply use our previous batches as starter.

If we're starting with raw cream, we could just set it out at room temperature and allow it to ripen and sour naturally, but the flavor will be a bit different -- not bad, just different -- than we're used to. I've done this to make cream cheese, but have yet to experiment this way with sour cream. See the Creme Fraiche Recipe page for more information on using raw cream for culturing and to learn more about this cousin of sour cream.

How to Make Sour Cream - The Recipe

The following recipe comes from the book Better than Store-Bought, by Witty and Colchie, published in 1979. The authors state that the use of heavy cream will produce a thick, low in acidity, and creamy sour cream, whereas the use of light cream will produce a custard-like consistency that is light and silky. Both, they say, will hold up better when heated, not curdling the way commercial sour cream does, because of the higher fat content.

Here are the U.S. FDA guidelines for milkfat content of various milk products:


When purchasing a commercial sour cream to use as a starter, be sure it is labeled "cultured sour cream" and not "acidified sour cream", as the latter may not contain the necessary bacteria.

Put the sour cream into a bowl. Gradually add the cream, whisking constantly until thoroughly mixed.

Pour into a scalded and cooled jar. Cover with waxed paper and a lid. Let the jar stand undisturbed at room temperature, which may be from 65 to 90 degrees, for 18 to 48 hours, or until it has achieved a custardy firmness.

Investigate after 18 hours by tilting the jar -- the cream should retain its shape. If it passes this test, insert a knife blade into it. The top should be fairly firm, the bottom should be slightly liquidy. (The cream will continue to thicken under refrigeration.)

If necessary, allow the cream to thicken at room temperature for up to 48 hours.

Refrigerate the cream, covered, for 12 hours before using it. 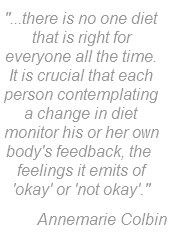 Healthy Cooking Oils The healthiest cooking oils may not be what you expect. Learn which fats contribute to a healthy body.

Top 4 Healthy Grains Four grains are especially making headlines in the news and in nutritional circles for their superior dietary value.

Lentil Soup Recipes Homemade lentil soup is so easy to make and so nourishing. With minor variations and/or additions, you can create perfection.