The Dangers of Microwaves

Research has revealed and is continuing to reveal, the dangers of microwaves. Microwave cooking destroys the natural structure of our foods and creates toxic elements. We add to the burden our bodies carry by ingesting these substances.

What are these dangers of microwaves?

I always knew there was controversy around the use of microwave ovens, but like many, ignored the controversy for the sake of convenience. Finally, during the summer of 2008, I found myself unable to ignore the rumblings and questions stirring in my head.

As I look at the internet now (April 2009) to check some of my facts, I see there are a whole lot more search results than there were last summer. This is good. If people are talking about it, we may begin to get the solid answers we need. But so far, these new search results seem to be repetitious of the tidbits available last summer.

Updated December 2009: Now there are several websites discussing the topic of microwave ovens. One article I appreciate is here at globalhealingcenter.com. For a short essay on using your intuition in determining your microwave use, read this from stevepavlina.com.

Updated March 2018: Microwave ovens have become quite the controversy, haven't they? The internet is full of articles both pro and con. Like everything else in this "modern" age, it's so hard to get the truth from our scientific communities. What we're left with is our own intuitive senses. This is good, perhaps we'll start developing and using them.

What the Russians discovered about microwave ovens

The following is taken from the newsletter "Healthy Environments", Vol. 2, No. 2, written by Lawrence J. Gust, an electrical engineer and Certified Electromagnetic Radiation Safety Advisor, among many other titles and certifications.

"Studies of the thousands of Russian workers exposed to radar microwaves in the 1950's showed health effects so severe that the Russian microwave oven leakage limit was set at 0.0000001 watts/cm2. This limit is 1000 times less than the US leakage limit.

This article goes on to list all the carcinogenic compounds formed during microwave cooking, many of which are found solely in microwaved food.

At the very least, it's an issue of quality

Granted, despite all of the above findings by the Russians, there is no direct evidence proving the ingestion of microwaved foods causes death. So what's the big deal? That's what microwave proponents assert, that food cooked in a microwave does not kill, is not poisonous, and therefore is safe to consume. There are millions of people who ingest such food, even some who eat it exclusively, and they haven't dropped dead.

No, the issue is more about the degenerative effect on the body. And it is an issue of quality--which is higher quality food? that which has been cooked in a microwave? or that cooked by traditional methods? It appears we need more high-quality studies to make a clear conclusion. But how long do we wait?

Or, in the meantime, we can eliminate microwaved foods from our diets. If that's too drastic for you, start by doing some experimenting on your own. Try some alternative (traditional) cooking methods and draw your own conclusions from your personal experience.

The alternatives to microwaving

When we're on a cleansing diet, we need to eliminate the toxins produced by the microwave from our diet. Your foods should be cooked fresh without the aid of the microwave.

One of the most compelling reasons to use a microwave is for reheating those healthful leftovers. These can be lightly steamed or quick sauteed in a skillet (or a bit of both). Reheating by these means will often make the dish taste better than it did the first time. For grain dishes, it's sometimes nice too, to add something fresh, like a sliced green onion, parsley or chives.

It's not necessary to forego good tasting food while on a cleansing diet, so enjoy those flavors. After a few days, as your taste buds adjust, you'll notice a greater sensitivity to subtle flavors.

Another compelling reason to use the microwave is for the frozen convenience foods. There are some healthy ones. Just cook them in the regular oven instead of the microwave, transferring them to another oven-proof container beforehand. They'll take a bit longer to cook, but it's still more convenient than starting from scratch.

Once you know the dangers of microwaves, you'll have the incentive to get creative in the kitchen, learning new ways to manage your foods that preserves as much of their nutritional value as possible. 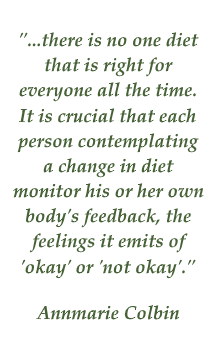 Organic Produce When it's most important to choose organic and which fruits and vegetables are considered safe to consume non-organic.

Top 4 Healthy Grains Four grains are especially making headlines in the news and in nutritional circles for their superior dietary value.

Cooking with Yogurt Learn about the many uses for yogurt in your meal planning and how to get the most out of one container.